We are proud and excited that All You See by director Niki Padidar, is the opening film of the 35th edition of the International Documentary Film Festival Amsterdam, which takes place from November 9 – 20, 2022. All You See is Niki Padidar’s first feature film, which she wrote, directed, and edited herself. The film is selected as part of Luminous and nominated for the IDFA Award for Best Dutch Film and the IDFA Award for Best First Feature.

What if from one day to the next, you’re no longer seen, but instead are stared at? The leading characters in All You See have ended up in a new world where suddenly nothing seems to align. In their new lives in the Netherlands, they unintentionally provoke reactions on a daily basis. Even after many years, they still hear the same questions over and over again: where are you from, do you speak Dutch, do you tan in the sun?

Contemplating questions of what it means to belong, who gets excluded, and how outsider status is continually reaffirmed, Padidar’s film foregrounds the sensation of being looked at. Honest, painful, and even humorous encounters with three other immigrants to the Netherlands are stylistically interwoven between Padidar’s own personal history, opening up a vulnerable space of articulation with global resonance. A confessional collage with no simple outs, All You See turns the spotlight on all of us, while simultaneously asking: who is “us”?

We celebrate the world premiere of All You See on November 9, 20:00, in Koninklijk Theater Carré (invitation only) and simultaneously in 35 theatres across the Netherlands. Find screenings and tickets on the IDFA website.

Wednesday, November 23rd, VPRO will broadcast the film on NPO2 at 22.38 hours, followed by an interview with the director.

All You See is a mint film office film in co-production with VPRO and funded by the Dutch Media Fund, NPO Fund, the Dutch Film Fund, and a contribution by Vevam. 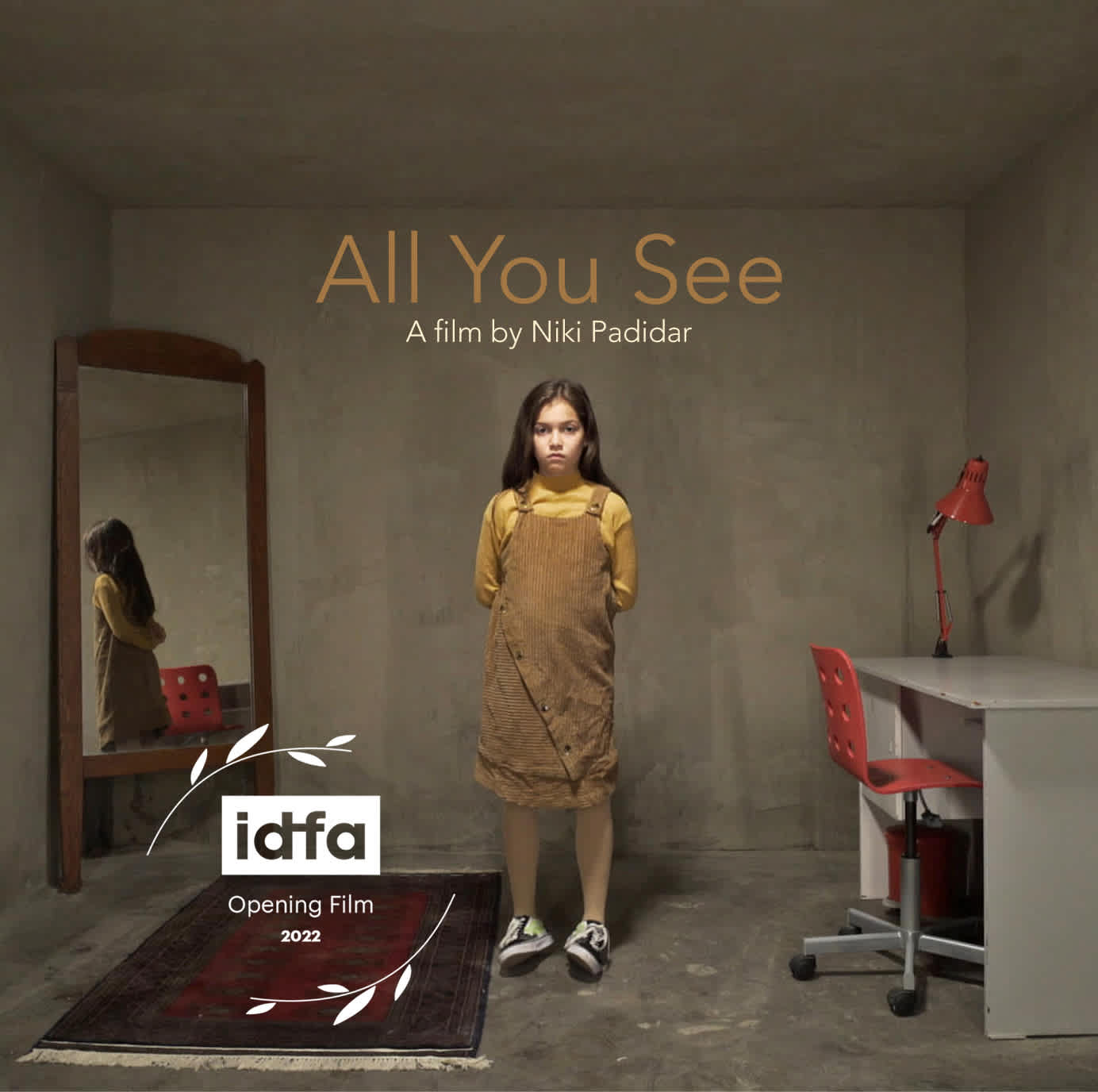